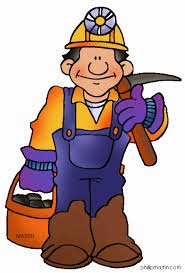 Madam Justice Gerow awarded a 22 year old mining student a total of over $750,000 in damages for injuries arising from a motor vehicle accident.

[5]   Ms. Valino was 22 years old at the time of the accident and studying mining engineering at the University of British Columbia. She was working as a co-op student in what was to be a 12 month position, which commenced in September 2010.

[6]  The accident occurred on October 10, 2010. Ms. Valino was the front seat passenger in an SUV driven by the defendant, Bok Wing Haley Chu, travelling northbound on Highway 40 near Grand Cache, Alberta. Mr. Chu admits he lost control of his vehicle at a curve in the road. The vehicle left the highway and rolled a number of times before coming to rest on its wheels. The front airbags deployed and the SUV was a total loss.
In awarding $500,000 for the loss of future income earning capacity, he states:
[155]     I think it is reasonable to assess Ms. Valino’s future loss of income earning capacity on the basis that there is a 50% chance she will be unable to work in the more lucrative positions available for mining engineers in the more remote areas, and unable to obtain the skills necessary to move into mine management. The tables provided show the lump sum present value of an average lifetime salary of $175,000 is $3,230,850, based on a multiplier of 18.46, or $4,147,850, based on a multiplier of 23.70. The present day value of the average salary for a Canadian female engineer of $117,562, using a multiplier of 18.462, is $2,170,429. The difference between the two if the same multiplier is used is approximately $1.1 million. On these calculations Ms. Valino’s loss would be approximately $550,000, which is similar to the amount of loss calculated if she lost her remote living allowances.
[156]     The defendants assert that the appropriate award, if Ms. Valino establishes that she has suffered a loss of future earning capacity, is that set out in Dobre of $60,000, on the basis that her only diminishment in income earning capacity is due to her finger injury. However, as discussed earlier, Dobre is distinguishable on its facts. In this case, not only does Ms. Valino have diminished capacity due to her hand injury but also due to her back and neck injuries which preclude her from prolonged sitting at a desk or computer.
[157]     Having taken into consideration all of the evidence and the submissions of counsel regarding what is fair in the circumstances, I am satisfied a fair award for loss of future income earning capacity is $500,000.
Do you have questions about your ICBC personal injury claim or accident?  If so, click here arrange your free consultation with  ICBC Claims Lawyer Perminder S. Tung (Services provided for ICBC injury claims throughout all of BC: Vancouver, Surrey, Langley, Burnaby, Richmond, Abbotsford, Chilliwack, Tri-city area and all over BC)