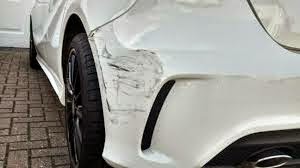 This week, the Honorable Mr. Justice Joyce released his judgement in the matter of Corke v. Andrews et al. 2015 BCSC 118.  The case involved what the Defence Team characterized as a "low impact collision".

[91]   Despite the very low impact forces of the Accident, I am satisfied that Ms. Corke sustained injury to her mid-back and neck as a result. Even Dr. Horlick accepted that Ms. Corke suffered myofascial injury to her cervical and thoracic spine.
[92]  Dr. Horlick found little, if any, objective support for the chronic pain described by Ms. Corke and attributed the lack of recovery to general lack of fitness. He noted, in particular, that Ms. Corke’s subjective complaints decreased when she engaged in a physical fitness program. He is of the view that Ms. Corke has not reached maximum recovery and that she will continue to experience further recovery if she continues with regular exercise, particularly core strengthening exercises.
[93]  I accept the evidence of Ms. Corke that the pain did spread to other parts of her body over time and became chronic, even though the precise cause of the continuing and spreading pain is difficult to determine.
[94]  In her first report, Dr. Lau concluded that Ms. Corke exhibited symptoms of fibromyalgia and expressed the belief that her chronic widespread pain was likely due to centralization, whereby the pain in one area of the body transitions to other areas. In her second report, Dr. Lau felt that Ms. Corke met the classic criteria for fibromyalgia, but had not developed other common sequelae of chronic widespread pain.
[95]  By the time of Dr. Lau’s second report, Ms. Corke had undertaken a program of core strengthening and physical fitness and had obtained significant relief from IMS, after an initial aborted attempt with that treatment modality. As Dr. Lau noted, by February 2014, Ms. Corke’s symptoms related to her neck and arms had mostly resolved and her primary continuing symptoms were now focused in her mid-thoracic and upper lumbar spine as opposed to her entire spine. In addition, by this time, Ms. Corke was coping better with her ongoing symptoms, both psychologically and functionally.
[96] Dr. Lau was doubtful that Ms. Corke would achieve full recovery and believed she would continue to have some ongoing myofascial complaints with more disabling flare-ups from time to time. However, she was also of the opinion that further functional improvement was highly possible.
[97]   Dr. Lau’s opinion that Ms. Corke could expect further functional improvement is shared by her family physician, Dr. Jackson.
[98]  I find that as a result of the Accident, Ms. Corke suffered injury resulting in myofascial pain that spread, over the next several months, from her back and neck to other areas of her body. With treatment and exercise, the pain became more localized in her upper back and chest area so that, by approximately two and a-half years after the Accident, the pain was felt mainly in her thoracic spine and chest.
[99]         In my opinion, Ms. Corke undertook appropriate treatments as recommended by her medical advisors. On a review of the evidence, I am satisfied that Ms. Corke has experienced a reduction in both the number and severity of her symptoms as a result of the medical treatments and the exercise programs that she has undertaken.
[100]     It is my opinion that while Ms. Corke is not currently asymptomatic and will likely continue to suffer some ongoing discomfort, she has recovered significantly from the effects of the Accident. I accept that Ms. Corke will likely experience flare-ups from time to time resulting in increased pain, which may be treated by IMS treatments. I am of the opinion, however, that Ms. Corke has achieved significant functional recovery and is likely to achieve further functional recovery. She is currently able to attend to the physical demands of daily living, although she has to be careful to pace herself so that she does not aggravate her symptoms.
[101]  Ms. Corke’s symptoms have affected her ability to enjoy her social life with her friends and her daughter. She is less able to entertain, go to movies and go on long journeys.
[102]  I am not satisfied that Ms. Corke is at any higher risk of future injury as a result of the Accident.
...

Posted by Unknown at 9:05 AM No comments: 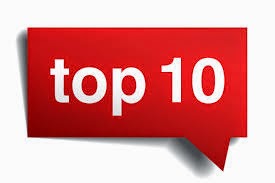 TOP 10 MISTAKES TO AVOID WHEN MAKING AN ICBC CLAIM

Mistake #1: You agree with ICBC to an excessive reduction of your wage loss claim from gross to net

ICBC will often claim that they are entitled to reduce your income loss claim by 30% to arrive at a net figure.  This deduction should usually be much less.

WHY?  The deduction depends on what tax bracket you would have otherwise fit into for that particular tax year. 30% is close to the highest tax bracket.

TIP: Agree to only a small deduction for income tax and EI premiums. Always feel free to consult with an experienced personal injury lawyer, as this is often more complex.

Similar question and previous post: is my settlement taxable?.