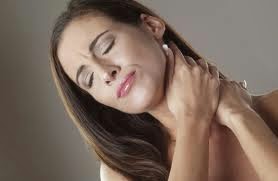 In Reasons for Judgment delivered on December 10, 2014, Mr. Justice Ball of the New Westminster BC Supreme Court awarded compensation in a motor vehicle accident case

The plaintiff alleged that the the accident, in fact, caused rheumatoid arthritis (RA) - a degenerative condition.  The court goes through an interesting discussion on what the medical experts thought about causation on the RA issue. Ultimately, the court ruled that the RA was not caused by the accident. Instead, the court found that the accident only caused 6 months of soft-tissue pain and awarded $32,500.

The court stated in Kabani v. Lee starting at paragraph 47:

[47] Based on the evidence before me I am satisfied that the soft tissue injuries Ms. Kabani incurred in the Accident were substantially healed within six months after the Accident and were not persistent symptoms thereafter.

[48] While there is no doubt Ms. Kabani suffered soft tissue injuries in the Accident and hence is entitled to damages, those are damages consistent with a minor soft tissue injury to her neck and upper back. Ms. Kabani submitted a number of cases, including Haag v. Serry, 2009 BCSC 187, Zigawe v. Rance, 2009 BCSC 1816 and Burtwell v. McCaffrey, 2013 BCSC 886, all in support for non-pecuniary damages of $100,000, together with damages for past wage loss, loss of future earning capacity, cost of future care and significant special damages.
[49] Each of the cases cited by Ms. Kabani is distinguishable because each of them deals with a situation where a plaintiff had a pre-existing medical condition where the court found that the accident either accelerated or exacerbated a pre-existing condition. In the case before me the evidence was that at some time after the Accident Ms. Kabani contracted rheumatoid arthritis and suffered considerably from that condition. For the purposes of this case, rheumatoid arthritis was not a pre-existing condition and was not, as I have found above, caused by the Accident. For this reason, claims such as past wage loss, loss of future earning capacity or significant special damages have not been proven to be connected with the Accident. No particular medical investigation or medication was prescribed by Dr. Witherspoon following the Accident. The abovementioned cases allow non-pecuniary damages from a low of $54,000 to a high of $80,000. I find this range to be excessive in the circumstances of this case.
[50] Counsel for the defendant submitted that the only damages which should be awarded to Ms. Kabani are non-pecuniary damages. Counsel for the defendant cited Ryan v. Klakowich, 2011 BCSC 835, Gron v. Brown, 2012 BCSC 391, Currie v. McKinnon, 2012 BCSC 698 and Johal v. Conron, 2013 BCSC 1924. Again, none of these cases are on all fours with the case before me, but there are marked similarities in some aspects of each of them. The range of non-pecuniary damages in these cases moved from a low of $22,000 to a high of $35,000.
[51] The only head of damages allowable on the facts of this case is non-pecuniary damages. I am satisfied that the appropriate figure for non-pecuniary damages for Ms. Kabani as a result of the Accident is $32,500.


If you are having trouble securing fair settlement from ICBC, contact Perminder S. Tung at LK Law for a free initial consultation.

Posted by Unknown at 3:17 PM No comments: 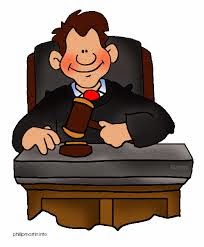 Mr. Benson, client of LK Law, was involved in a crash at the intersection of 204th Street and Fraser Highway in Langley, BC.  He was 57 years old at the time of trial and worked as a metal fabricator. The trial was conducted by Paul Kent-Snowsell of LK Law.

He was awarded $110,000 for pain and suffering. His injuries consisted of complex soft-tissue pain with impairment on his cognitive and psychiatric functioning.

Loss of housekeeping capacity was evaluated at $5,000 and out of pocket expenses of $3,040.

Mr. Benson's pain and suffering award, and income loss awards were reduced by 15% for failing to follow some of the recommendations made by his physicians (see previous blog post on this issue for more information about your "duty to mitigate your losses").

LK Law has experienced trial lawyers that will seek an optimum settlement on your behalf, or take your case to trial for a fair assessment by our court system.