ICBC Tip of the Month (March 2014): "Are my ICBC settlement funds taxable?" 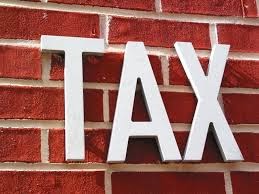 QUESTION: "Are my ICBC settlement funds taxable?"
ANSWER: When you receive a settlement from ICBC, even if it is partly for past wage loss, you do not have to pay any taxes.
If you are receiving ICBC Part 7 disability benefits, you do not have to pay taxes on that amount either.
Why not? Firstly, when ICBC calculates any lost wages attributable to the car accident they reduce the amount owing based on the taxes you would have paid if you had received that income. In other words, they will reduce the amount owing in wages by your appropriate tax bracket.  This is done before the settlement of the claim.
Secondly, non-pecuniary general damages (pain and suffering money) is not taxable pursuant to the Income Tax Act.
Another interesting tax implication is that if you received a large future income loss award, you may be entitled to a tax gross up award which gives you extra money because of the long-term tax implications of investing your settlement funds for the long-term.
Do you have questions about your ICBC personal injury claim or accident?  If so, click here arrange your free consultation with  ICBC Claims Lawyer Perminder S. Tung (Services provided for ICBC injury claims throughout all of BC: Vancouver, Surrey, Langley, Burnaby, Richmond, Abbotsford, Chilliwack, Tri-city area and all over BC)

LEGAL PRINCIPLE: An "adverse inference" is when a lawyer,  plaintiff or defence, asks the Court to make a conclusion based on missing evidence or silent evidence on an issue. In other words, typically in an ICBC personal injury case, someone has failed to call a witness or an expert that ought to have been presented.

The British Columbia Supreme Court delivered judgment this week on February 26, 2014 in the matter of Chabot v. Chaube, 2014 BCSC 300.  Mr. Justice N. Brown discussed the inference the ICBC defence lawyer asked the court to draw when the Plaintiff failed to call a friend who organized a bunch of their recreational activities - the inference being that the friend would probably have testified that the Plaintiff did a bunch of things she said she could not do as a result of her injuries:


[136]     The court heard testimony from some family members and friends, but not from her very good friend, Ms. Sophia Ribchinsky, who happened to be the organizer of various recreational activities the plaintiff participated in, such as volleyball. They have kept in touch since the accident. The defendant, therefore, submits I ought to draw an adverse inference. The defendant pointed the court to Buksh v. Miles, 2008 BCCA 318 at para. 30 [Buksh]:
[30]      The notion of adverse inference is related to the best evidence rule. The observation in Wigmore’s Evidence in Trials at Common Law, Chadbourne Rev. (Toronto & Boston: Little Brown & Company: 1979) vol. II, s. 287, at 202-3, offers valuable guidance:
Furthermore, it seems plain that possible witnesses whose testimony would be for any reason comparatively unimportant, or cumulative, or inferior to what is already utilized, might well be dispensed with by a party on general grounds of expense and inconvenience, without any apprehension as to the tenor of their testimony. In other words, put somewhat more strongly, there is a general limitation (depending for its application on the facts of each case) that the inference cannot fairly be drawn except from the non-production of witnesses whose testimony would be superior in respect to the fact to be proved.
[Emphasis in original.]
[137]     In McIlvenna v. Viebig, 2012 BCSC 218, Sigurdson J. referred to the summary referred to in Canadian Encyclopedic Digest, CED (West. 4th), vol. 26, title 61 at para 71. The editors noted that more contemporary liberal disclosure rules have given parties equal opportunities to call witnesses who might assist their litigation position. The existence of disclosure rule changes have encouraged judges to move away from the idea that they ought to draw an adverse inference against a party who had failed to call a witness who might know relevant facts. At s. 200, the CED editors noted that the drawing of an adverse inference is discretionary unless all the circumstances warrant it. The editors summarized:
… In particular, the judge should consider whether: there is a legitimate explanation for failing to call the witness; the witness is within the exclusive control of the party or is equally available to both parties; and the witness has key evidence to provide or is the best person to provide the evidence in question. In a case before a jury, the trial judge should charge the jury that it is appropriate to infer that a failure to call material evidence uniquely available to a party was an indication that such evidence would not have been favourable to that party, but that jurors are not obliged to draw such an inference.
[Emphasis removed.]
[138]     At para. 32 of Buksh, Saunders J.A. commented that the tactic of asking for an adverse inference was being much overused in today’s legal environment, and that the inference, “requires, at the least, a threshold examination by the trial judge before such an instruction is given to the jury”.
[139]     In Buksh, the court was dealing with a medical witness who provided clinical records. The question was whether the plaintiff ought to have called them. At para. 35, the court mentions these factors: the evidence before the court; proffered explanations for not calling the witness; and the nature of the evidence they could give.
[140]     I do not think it makes much difference whether the plaintiff’s counsel knew the other side intended to raise the issue. The defendant examined the plaintiff for discovery. The witness’s identity was not a mystery. The defendant could have sought an interview, but this alone does not negate the drawing of an adverse witness.
[141]     Because the witness was close to the plaintiff and had organized recreational activities the plaintiff participated in, conceivably she could give relevant evidence on the nature and extent of the plaintiff’s activities, how often she participated in them, and any limitations she might have noticed. The plaintiff does not deny she has participated in some recreational activities, but testified she did so in a more limited fashion than before the accident; and that some she had given up. She also explained that certain shoulder movements hurt. The defendants called a former boyfriend, who testified about recreational activities he had engaged in with the plaintiff after the accident. Investigators retained by the defendant took videos of the plaintiff playing beach volleyball on August 22, 2013 (T. Oct. 31, 2013, p. 63, l. 7). That video consists completely with the plaintiff’s description of the nature and extent of her participation in beach volleyball.
[142]     Plaintiff’s counsel advised he had not foreseen the possibility of the defendant asking the court to draw adverse inferences coming into play and had decided it was not necessary to call the witness.
[143]     While Ms. Ribchinsky likely could have testified regarding the plaintiff’s physical abilities before and after the accident and surgery, I cannot find her evidence necessarily would be superior to other similar evidence. The plaintiff spent much recreational time with her former boyfriend and the defendant extensively cross-examined her on the subject.
[144]     The evidence on this question must be viewed as a whole not piecemeal.
[145]     I decline to draw an adverse inference regarding the nature and extent of the plaintiff’s physical limitations in recreational activities so as to conclude Ms. Ribchinsky’s evidence likely would have been detrimental to the plaintiff’s case.

LESSON: Strategically, there are reasons for calling each witness.  If there is a possible adverse inference that can be drawn for failing to call a witness, you should weigh the risks against the benefits and decide accordingly.

Posted by Unknown at 3:02 PM No comments: