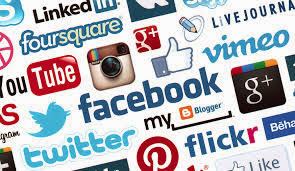 Social Media websites like Facebook, Instagram, YouTube, Twitter,  and Blogger are an excellent source for ICBC to investigate injury claimants. When you post something on social media the world can look at what you have posted. For example when you mention that you went on a trip, hiked a mountain, went on a skiing trip, enjoyed socializing with your friends, etc… ICBC will likely find this information and use it against you.

How?   Imagine if ICBC downloads some photographs or posts of you doing an activity and then uses it in Court against you to say "you are not injured!"  Imagine if ICBC starts interviewing people that went to an event which you described on a website? Imagine if you talk about getting drunk with some friends? Imagine if you post something that may not be socially acceptable?

ICBC or their investigator could access your personal information by inventing a “friend” who then contacts you for access to your information. ICBC then thoroughly searches the sites, looking for photographs, notes, blogs, etc. Their purpose is to find photographs of a claimant in situations that could be damaging to the case in front of a judge or jury.

Also, ICBC has been known to bring court applications to compel production of social media accounts  if they cannot access the information through the back door. Therefore, even if you maintain a limited number of friends and a tight privacy setting ICBC can get copies of your postings.

RULE OF THUMB: assume someone from ICBC or the defense team will looking into your social media presence. If it could be harmful to your case, don’t post it.


Do you have questions about your ICBC injury claim?  If so, click here arrange your free consultation with  ICBC Claims Lawyer Perminder S. Tung (Services provided for ICBC injury claims throughout all of BC)
Posted by Unknown at 9:49 AM No comments: 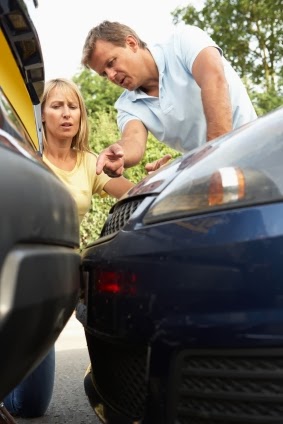 ICBC may tell you that your accident was a "low velocity impact" or an "LVI" and "accordingly your injuries are non-compensable".  In other words, "no crash, no cash".  Some view this ICBC policy as a way for insurance companies to reduce claims because the uninformed public does not understand that there is no legal principle behind this defence.  ICBC is simply seeking to reject your injury claim solely on the severity of vehicle damage alone.  The forces of impact, however, are only a single factor a judge or jury can look at when weighing all of the evidence in your case.

In Gonzales v. Voskakis, the plaintiff was involved in a rear-end collision   Despite the relatively minor forces of impact the plaintiff sustained soft tissue injury to her neck and back.  The plaintiff also alleged that she suffered a right shoulder injury which caused long term difficulties in limitations. The Court dealt with different potential causes for the shoulder injury and ultimately rejected the claim as it related to the collision.  In doing so one of the factor’s the Court looked at were the forces of impact. Madam Justice Fitzpatrick provided the following reasons in addressing this evidence:

[206] I will briefly address one aspect of the submissions from the defence regarding the low impact of the collision, namely, what is to be taken from that fact.

[9] On appeal, the claimant argues that the trial judge erred in considering the force of the impact of the collision on the issue of liability. In support of this position the claimant relies upon the case of Gordon v. Palmer (1993), 78 B.C.L.R. (2d) 236 (B.C.S.C.) in which Thackray, J. (as he then was) said at para. 4:
I do not subscribe to the view that if there is no motor vehicle damage then there is no injury. This is a philosophy that the Insurance Corporation of British Columbia may follow, but it has not application in court. It is not a legal principle of which I am aware and I have never heard it endorsed as a medical principle.

[10] As other judges who have considered this passage have already said, these words should not be taken to mean that the extent of damage in a collision is irrelevant to causation. It is some evidence of impact, which is not logically unrelated to injury.

[11] I agree with Taylor, J. in Yeh v. Ford Credit Canada Ltd., [1996] B.C.J. No. 1400 (B.C.S.C.), when he said at para. 7:
Such evidence is therefore relevant with respect to what injuries resulted from the impact and to the issue of the credibility of the plaintiff who asserts such injuries, by reason of the fact that such injuries often do not have objective symptoms. Such evidence may, depending upon the extent of the property damage, either contradict or corroborate evidence of personal injury.

[209] More recently, Mr. Justice Macaulay stated in Lubick v. Mei and another, 2008 BCSC 555 at para. 5, that “[t]he Courts have long debunked as myth the suggestion that low impact can be directly correlated with lack of compensable injury.”

[210] I agree that this was a low impact collision, as discussed earlier in these reasons. As such, it is a factor to be considered when assessing Ms. Gonzales’ claims of injury, particularly as they relate to her right shoulder.


Do you have questions about your ICBC injury claim?  If so, click here arrange your free consultation with  ICBC Claims Lawyer Perminder S. Tung (Services provided for ICBC injury claims throughout all of BC)
Posted by Unknown at 10:48 AM No comments: