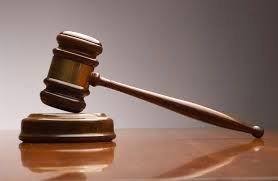 We recently won on the issue of fault / liability involving a left turn by our client. Our client was proceeding northbound on 152nd Street in Surrey, BC intending to turn left and westbound into the Guildford Town Centre Mall.  A southbound vehicle on 152nd Street entered the intersection on a late amber or red causing a collision. 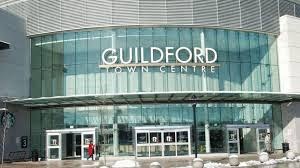 
[5]   The evidence on this issue is the testimony of three witnesses: the plaintiff, the defendant Mr. Wildgrove and a third party who was present at the scene and witnessed the event. As well, there are photos of the scene and the vehicles.

[6]   The accident occurred shortly after 4:00 p.m. on July 21, 2009 at the intersection of 101 Avenue and 152 Street in Surrey. At that point, 152 Street is comprised of three lanes of travel southbound and three lanes northbound. For each direction, there are two through lanes and one left-turn lane. 101 Avenue at that location is four lanes wide. There is a through lane and a left-turn lane for both eastbound and westbound traffic.

[7]   Traffic is controlled by lights. The intersection is a busy one and that was especially so at the time of the collision.

[8]   The plaintiff’s evidence is that he was driving northbound on 152 Street, intending to turn left onto 101 Avenue. He was alone in his vehicle, a 2006 Buick. He had positioned his vehicle in the left-hand turn lane. The light facing him was green. He entered the intersection and stopped, waiting for an appropriate break in the oncoming traffic in order to make his turn safely.

[9] The plaintiff described the green light turning to amber and, following that, seeing vehicles in each of the two oncoming lanes nearest the centre line come to a stop. He was not able to observe any vehicle approaching in the curb lane. He concluded that the oncoming traffic was clear and that it was safe to make the turn. He moved forward into his turn, cautiously. As the front of his vehicle entered the third of the southbound lanes, that is, the curb lane, he suddenly saw the defendants’ pick-up truck coming toward him at a substantial speed. He testified that he had no time to react and there was no opportunity to take any evasive action. The collision was virtually instantaneous. His vehicle was hit hard. The photographic evidence shows that substantial damages resulted, and that the principal point of contact for the plaintiff’s vehicle was the left front. The photo also shows that the airbags on that vehicle deployed.

[10]  The defendant testified that he was travelling southbound on 152 Street, driving his Toyota Tacoma pick-up. He was travelling in the curb lane, at a speed of approximately 50 km per hour. As he approached the intersection at 101 Avenue, he said that the light was green but, by his recollection, when he was approximately three vehicle lengths from the intersection, the light turned to amber. In the circumstances, he made the decision not to stop, but to continue through at the speed he was travelling. As he entered in the intersection, he saw the plaintiff’s vehicle in front of him. From his perspective too, the collision was virtually instantaneous and unavoidable.

[11] The third party witness to the event was Mr. Boyarski. He was driving in his automobile, and was at the relevant time in the left-hand lane of travel on 101 Avenue, facing eastbound. He had stopped because the light was red; he was first in line at the intersection, waiting for the light to change so that he could proceed.

[12] He testified that the traffic to his left slowed and came to a stop. He says that he was watching the Buick as it began to proceed when he heard an engine sound from his left. He saw the defendants’ truck come through the curb lane and collide with the Buick. The truck did not come to an immediate halt but continued to move, striking a post before coming to rest on the southwest corner of the intersection.

[14]  The plaintiff says that the evidence is clear that he was lawfully in the intersection, properly waiting for traffic to clear so that he could proceed safely through his turn. In his submission, he was entitled to proceed as he did, once the light had changed from green to amber and the southbound traffic which was visible to him had stopped. He says the defendant was negligent in entering the intersection as he did, at or about a speed of 50 km per hour, with the light having turned from green to amber while he was some distance away from the intersection stop line.

[15]  The defendant says that he was only about 30 or 40 feet from the intersection when he noticed the light change from green to amber, and he also testified that he was concerned that a blue Mazda automobile was following closely behind him. In the circumstances, he says that he made an appropriate decision to continue through the intersection. In his submission, he constituted an “immediate danger” to the plaintiff and accordingly, the plaintiff ought not to have to move forward as he did.

[16] I note that, in the course of trial, a statement was put to the defendant. It was a statement that he made to the insurance adjuster, shortly after the collision, wherein he appears to have stated that the light had turned red just immediately before the moment of actual collision. Although he offered an explanation at trial as to the apparent discrepancy, I am not satisfied that his explanation for the discrepancy is entirely convincing. In the circumstances, I have some reservations as to the reliability of his testimony with respect to the precise timing of the light.


174 When a vehicle is in an intersection and its driver intends to turn left, the driver must yield the right of way to traffic approaching from the opposite direction that is in the intersection or so close as to constitute an immediate hazard, but having yielded and given a signal as required by sections 171 and 172, the driver may turn the vehicle to the left, and traffic approaching the intersection from the opposite direction must yield the right of way to the vehicle making the left turn.


128 (1) When a yellow light alone is exhibited at an intersection by a traffic control signal, following the exhibition of a green light,


158 (1) The driver of a vehicle must not cause or permit the vehicle to overtake and pass on the right of another vehicle, except


(a) when the vehicle overtaken is making a left turn or its driver has signalled his or her intention to make a left turn,


(b) when on a laned roadway there is one or more than one unobstructed lane on the side of the roadway on which the driver is permitted to drive, or


(c) on a one way street or a highway on which traffic is restricted to one direction of movement, where the roadway is free from obstructions and is of sufficient width for 2 or more lanes of moving vehicles.


(2) Despite subsection (1), a driver of a vehicle must not cause the vehicle to overtake and pass another vehicle on the right


(a) when the movement cannot be made safely, or


(b) by driving the vehicle off the roadway.


[18]   With respect to the meaning of “immediate hazard” in s. 174 and the duties imposed upon a left-turning driver such as Mr. Kathuria, the plaintiff accepts that he is not permitted to turn when there is an immediate hazard present. He relies upon the decision of Raie v. Thorpe (1963), 43 W.W.R. 405 at 406, [1963] B.C.J. No.14 (QL) (B.C.C.A.) as authority for the proposition that an immediate hazard exists when an approaching vehicle is so close to the intersection that when the other driver attempts to make a left turn, a collision threatens. He does not dispute that, as a left-turning driver, he is obliged to ensure that the turn can be made safely, even when the signal light facing oncoming traffic turns amber or red: Pacheco (Guardian of) v. Robinson (1993), 75 B.C.L.R. (2d) 273, 1993 CanLII 383 (C.A.) However, he contends that the defendant was not in such proximity to the intersection that he (the plaintiff) was able to see him and recognize him as a hazard.

[19] He submits that the defendant was obliged to stop in the face of the amber light, and that there is no reason to conclude that the stop could not be made in safety. Furthermore, he says that s. 158 has application because of the fact that the defendant was, immediately before the collision, overtaking another vehicle driving in the lane to his left, and that movement could not be made safely.

[20]  In my view, the defendant is liable for this collision.

[21] While no witness can be said to have a description of the event which is absolutely 100% reliably accurate, upon a careful assessment of the testimony of the three eye witnesses and the photographic evidence of the scene and aftermath, I conclude that the defendant entered the intersection on a light that was decidedly stale – amber and on the verge of turning red. It follows that it had turned from green to amber when he was at least three full vehicle lengths back from the stop line, and probably more. I also find that he was driving at or near the speed limit (50 km per hour in the curb lane).

[22]  The defendant elected to proceed, to run the light. It is relevant that one or possibly two automobiles that were driving alongside him or slightly ahead of him were able to safely stop at the intersection. Evidently his decision was informed in part by his view that another vehicle was following him closely. However, I am not able to conclude that he was unable to make his stop in safety.

[23] At the time the light changed from green to amber, the plaintiff was in the intersection, positioned to turn left. As he began to move forward, I am satisfied that he did so in a cautious fashion and, in accordance with what was there to be seen, properly believing that the way was safe. Based upon the damage, I believe that the nose of the plaintiff’s vehicle was just into the curb lane, but not by a great deal. I do not believe that the defendant vehicle was so close that it was there to be recognized as an immediate hazard.


10 … An amber light is not, as the current witticism suggests, a signal to accelerate or to pass traffic that is slowing to a stop. Indeed, as Mr. Justice Esson noted in Uyeyama, in a busy city like Vancouver and at a busy intersection like 25th and Granville, an amber is likely the only time one can complete a left turn. Drivers approaching intersections must expect that this will be occurring. Putting a burden on a left-turning driver to wait until he or she sees that all approaching drivers have stopped would, in my view, bring traffic to a standstill. We should not endorse such a result.


I agree. In my view, the reference is entirely apt.

[25] To conclude, in the circumstances, I find that the defendants’ manner of driving was negligent and was the cause of the collision. The plaintiff was not negligent."
Posted by Unknown at 11:51 AM