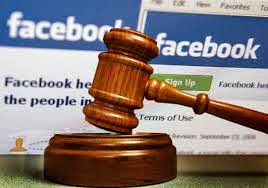 May 30, 2014: In what some would say is a big win in the personal privacy realm, Madame Justice Griffin of the BC Supreme Court certifies the class and sets out the issues in what will be an interesting case to follow as it relates to Facebook and Sponsored Ads.

The Court states as follows in Douez v. Facebook, Inc:

[360]     Given the almost infinite life and scope of internet images and corresponding scale of harm caused by privacy breaches, BC residents have a significant interest in maintaining some means of policing privacy violations by multi-national internet or social media service providers.

[361]     Working together the CPA and the Privacy Act provide practically the only tools for BC residents to obtain some access to justice on these issues.

[362]     There is evidence showing some basis in fact for the plaintiff’s assertion that Facebook used the
names or portraits of BC residents who were Facebook users without their consent in advertisements called Sponsored Stories.

[363]     There is also some basis in fact to support the plaintiff’s claim that this conduct creates an actionable tort pursuant to s. 3(2) of the Privacy Act, without the necessity of proving actual damage.

[364]     I have dismissed Facebook’s application that this Court decline jurisdiction in this matter.

[365]     I have granted the plaintiff’s application that the within proceeding be certified as a class proceeding.

[366]     The class description will be as follows:
All British Columbia Resident natural persons who are or have been Members of Facebook at any time in the period from January 1, 2011, to May 30, 2014 and:
(a)            who at any time during this period registered with Facebook using either their real name or a portrait that contained an identifiable self-image or both;
(b)            whose name, portrait, or both have been used by Facebook in a Sponsored Story; and,
(c)            who do not seek to prove individual loss as a result.

[367]     I conclude on the evidence and submissions before me that one of the central issues in the lawsuit will be whether or not Facebook’s standard Terms of Use, alone or together with other Facebook online tools, provided users’ consent to Facebook to use the person’s name or portrait in advertising through Sponsored Stories.  This is an issue common to all class members.  The determination of this issue will significantly advance the lawsuit on behalf of all class members or could defeat the lawsuit altogether.

[368]     There are other common issues in addition to the consent issue.