Hit and Run ICBC Claims: When You Can't Find the Motorist That Hit You 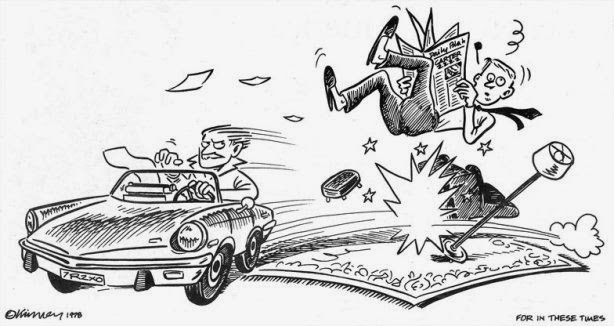 Being injured in a motor vehicle accident is incredibly stressful.  It only gets worse when an ICBC adjuster tells you that they can't find the motorist and you do not have a valid claim. If this happens, you should seek legal advise because you have certain obligations that may allow you to make an injury claim.
Under section 24 of the Insurance (Vehicle) Act, ICBC is required to compensate you for death, injury, or for damage to a vehicle even if the at-fault motorist is unknown (a hit and run).
In terms of vehicle damage, it is a matter of reporting the claim to ICBC and bringing your vehicle in for an inspection. ICBC usually has specific claim centres that inspect vehicles involved in hit-and-run accidents. It is important to be honest about your reporting and identifying the actual damage caused by the Hit and Run motorist.  ICBC is getting more and more sophisticated with their computing technology and they may be able to find the motorist by using the Tip Hotline and paint samples.   Don’t try to “pull one over” on ICBC as you may be charged with fraud criminally. It also impacts your credibility and honesty with ICBC, which can go a long way with presenting your injury claim.
As to a bodily injury or death claim, although ICBC has to cover these losses, the current law requires that you take all reasonable steps to identify the at-fault vehicle and its driver.
Section 24 of the Insurance (Vehicle) Act provides the clear reporting requirements:
First: One reporting requirement is that you give written notice to ICBC of the accident as reasonably practicable as possible, but no later than six months after the accident. The courts have interpreted this provision as requiring a motorist to give ICBC notice within days of the accident unless for some reason your injuries preclude you from doing so.

Second: In addition to providing early reporting to ICBC about the Hit and Run incident, you must take steps to determine the identity of the at-fault motorist. Section 24 (5) provides that:

(5) In an action against the corporation as nominal defendant, a judgment against the corporation must not be given unless the court is satisfied that:
(a) all reasonable efforts have been made by the parties to ascertain the identity of the unknown owner and driver or unknown driver, as the case may be, and
(b) the identity of those persons or that person, as the case may be, is not ascertainable.

Recommendations: follow these steps to secure your best chance at a valid Hit and Run ICBC injury claim:

From reviewing those recommendations, you probably realized that you are being asked to be a detective so that ICBC cannot turn around later and argue that you did not take steps that you should have.  Assuming that you meet the initial threshold test, you then pursue ICBC for payment of damages. If you have to commence a law suit, it is a little different than the usual case and will be the topic of a future post. You should hire a personal injury lawyer and seek advice.
Conclusion: in a nut shell, whenever you are involved in an accident where you cannot identify the driver or owner of a vehicle, it is very important to make an early reporting to ICBC and the police. You also have to take positive steps to try and identify the vehicle and the driver of the other vehicle. If you don't follow these basic steps, you will have trouble pursuing a claim against ICBC.
Do you have questions about your ICBC personal injury claim or accident?  If so, click here arrange your free consultation with  ICBC Claims Lawyer Perminder S. Tung (Services provided for ICBC injury claims throughout all of BC: Vancouver, Surrey, Langley, Burnaby, Richmond, Abbotsford, Chilliwack, Tri-city area and all over BC)